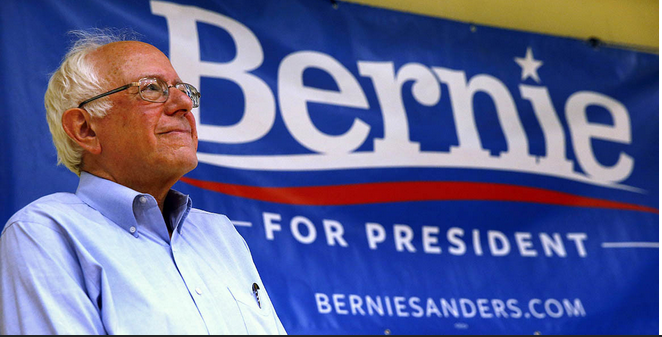 The senator from Vermont has been a top contender among Muslim American voters in the Democratic presidential contest.

The national board of the Muslim Caucus of America as well Iowa state Rep. Ako Abdul-Samad announced their endorsements of Sen. Bernie Sanders (I-Vt.) for the 2020 presidential election.

“What you have here is an individual who stands up for what is just and what is right. Bernie Sanders has shown that he is willing to stand up for everyone and not just because of political expediency or financial expediency, but because it is the right thing to do,” said Abdul-Samad, who is the only Muslim representative in the Iowa House.

“I am honored to receive the Muslim Caucus of America’s endorsement,” Sanders said in a statement. “Muslim Americans for generations have been part of the fabric of our American family. While Donald Trump has attempted to demonize the Muslim community, our movement is working to bring Muslims and people of all backgrounds together to create an economy, justice system and political system that are rooted in human rights for all.”

Abdul-Samad, who has served in the Iowa House for 14 years and sits on the advisory committee of the Muslim Caucus of America, said Sanders’s willingness to “go against the tribe” to “stand up for justice” were among the traits that earned his and the caucus’s endorsement.

“For decades, Senator Sanders has been consistent in fighting for progressive policies and has demonstrated in word and in action the need to care for all Americans regardless of race, creed, or class. His passion has ignited a whole generation committed to disrupting corruption, inequality, and all forms of racial injustice,” said the organization’s statement.

Muslim Caucus of America, which was founded in 2017 and focuses on American Muslim political organizing, added it was “refreshing to see many of the 2020 Presidential hopefuls engage with the American Muslim constituency in an inclusive manner and not as an afterthought.”

Sanders has also been a top contender among Muslim Americans, many of whom say the senator has consistently visited and acknowledged the community when other presidential candidates largely overlooked them.

Alongside former candidate Julián Castro, Sanders spoke at the Islamic Society of North America’s annual conference in Houston last September. The annual conference was the largest gathering ever of Muslim Americans in the U.S.

There are more than 1,000 active Muslim volunteers across the country supporting Sanders’s bid for the Democratic nomination, including activist leader Linda Sarsour and former Michigan gubernatorial candidate Dr. Abdul El-Sayed, according to Sanders’ campaign organization.

Although Muslim Americans make up only about 1% of the U.S. population, the Muslim vote is increasing. In New York state alone, nearly 400,000 Muslims came out to vote in 2016. In Michigan, nearly 120,000 Muslims voted. Muslim turnout in Michigan, Florida, Ohio and Virginia –– four crucial swing states, each with a significant Muslim population –– jumped 25 percentage points from the 2014 to the 2018 midterm elections.