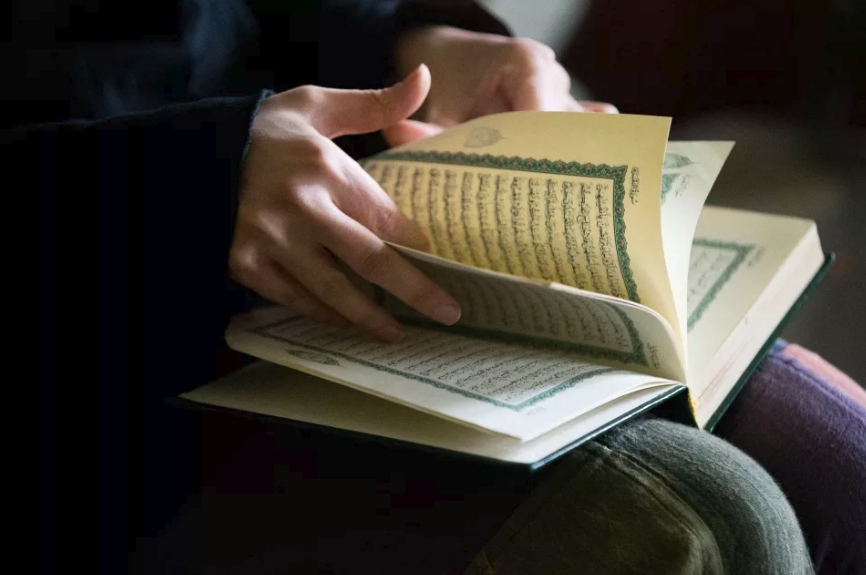 It was late Tuesday night when Regina Mustafa clicked "send" on her email to Phillip Parrish.

Parrish, a 52-year-old former principal and intelligence officer from southern Minnesota, is running for governor. And Mustafa saw in a news story that he'd recently attended a talk in Rochester by a noted anti-Muslim speaker.

So, as founder and executive director of the Community Interfaith Dialogue on Islam in Rochester, she felt it was right to reach out to the Republican gubernatorial candidate.

However, Parrish's response suggested he was reluctant to talk to her because of her religious beliefs. This man – who is running for an elected office that represents all Minnesotans – suggested that Islam is not a faith, and asked her to denounce part of her beliefs before any meeting.

“He doesn’t like my religion. That’s fine. That’s anybody’s rightful opinion," Mustafa told GoMN. "But of course it concerns me if a person is running for elected office as governor of the state that he clearly, he stipulates in his email, that he does not recognize Islam ... to be an actual faith."

It's a faith followed by increasingly more people in this state, with the Minnesota Council of Churches estimating there are about 150,000 Muslims here. And the first Muslim elected to U.S. congress was put there by Minnesotans.

When asked by GoMN about his response to Mustafa, Parrish said in part:

"She’s making a very clear statement that she is the executive director of an Islamic organization that practices Islam. There’s nothing more clear that I can write and say than what I wrote in my email."

Mustafa's Community Interfaith Dialogue on Islam, which she started in 2014, works to promote dialogue and discussions between people of different faiths as a way toward peace.

So it was with that view she reached out to Parrish.

"I do not object to you attending his presentation, but wanted to know if you would like to speak to a Muslim about Islam," she wrote.

Mustafa offered to go to his office or meet him in Rochester, and said he could reach out to her with any questions.

The following afternoon, she got a response from Parrish. Wanting to be "up front," he asked her to "accept a few things" before arranging a meeting.

"I will not participate in any faith dialog because Islam is ultimately not a faith. I am not concerned with what you may or may not believe," he wrote.

From there, he asked her to "publicly denounce Sharia and swear to adhere to, protect, comply with, accept, and defend the United States Constitution" – something he did not expect her to agree to, "which is why the conversation will most likely end before it begins."

The Constitution, he said, "does not provide for nor allow you or anyone else to set up and practice law of any kind that is the antithesis of the U.S. Constitution and our rule of law. "

He finished: "If you are willing to discuss and accept these truths I look forward to meeting you soon. Best regards, Phillip."

A 'very dangerous message to give voters'
"I’ve been doing interfaith work for years now and I really have been exposed to all different levels of misconceptions about Islam, but this was pretty bad," Mustafa told GoMN. "This was the epitome of fear-mongering. It was irrational, it was illogical."

She shared the reply from Parrish on her Facebook, and later put out a statement urging the other gubernatorial candidates to call on him to leave the race.

"Parrish’s comments violate the spirit of our constitution and display an intolerance unbecoming in a person seeking high office," she said.

She also urged his fellow Republicans in the running to denounce his "ignorant, Islamophobic statement," and at the same time "pledge to encourage peace and understanding among Minnesotans regardless of race, religion, or national origin."

During a Republican Party straw poll of gubernatorial candidates in December, Parrish finished seventh with about 3.6 percent of the vote.

Parrish, who says he's Christian, is running for a position – governor – that represents all Minnesotans ("Citizens," he clarified). Whether or not they voted for him, agree with him, or believe the same things he does.

So from that standpoint, does he think it's a good message to send that there are some people he simply will not have a dialogue with unless they denounce part of their faith?

"Absolutely," he said, echoing his email, "because it's not faith."

"It sends a message to his supporters that Minnesota is only for a certain population, and that excludes Muslims," she said, adding it promotes "separatism and fear mongering" as the way forward.

"And that is a very dangerous message to give to voters," she said.

'We are talking about U.S. law'

Pew Research estimates there are about 3.45 million Muslims living in the U.S. Of all the major religions (and atheism), Americans have the least positive feelings toward Islam, Pew Research found last year.

And a November 2016 analysis by Pew looked at the number of physical assaults against Muslims in America that were motivated by bias. That figure in 2015 (91 total) was the highest it's been since 2001 (93).

While speaking with GoMN, Parrish repeatedly stressed he does not care what other people believe and practice in their own home. He's focused on U.S. law and its role as the one and only system of law in the country. (Which it is.)

GoMN asked if he could see how it might come off as exclusive or antagonistic to say he will only speak with Mustafa if she meets his demands first.

It was a characterization he disagreed with.

"I don’t want to talk about – we could talk until we’re blue in the face until the end of time, and we are never going to solve the differences in Islam, Christianity, Buddhism, never gonna solve it," he said.

When asked if he would be open to speaking about U.S. law and the role of government in America in 2017, but without Mustafa publicly denouncing a part of her faith, he paused for a few seconds and said: "Possibly."

But the rhetoric is what concerns Mustafa.

“If he puts this message out to his followers, what it does, it conjures up fear, it conjures up mistrust of an entire population," she said. "And when you have that fear and that mistrust, and you’re giving the message that the Muslim community does not deserve the same religious freedom as others if he doesn’t consider Islam to be a faith, that really creates the potential to put the Muslim community and the minorities in harm’s way."

Shaymus is the editorial manager for GoMN. Send news tips or suggestions to [email protected]