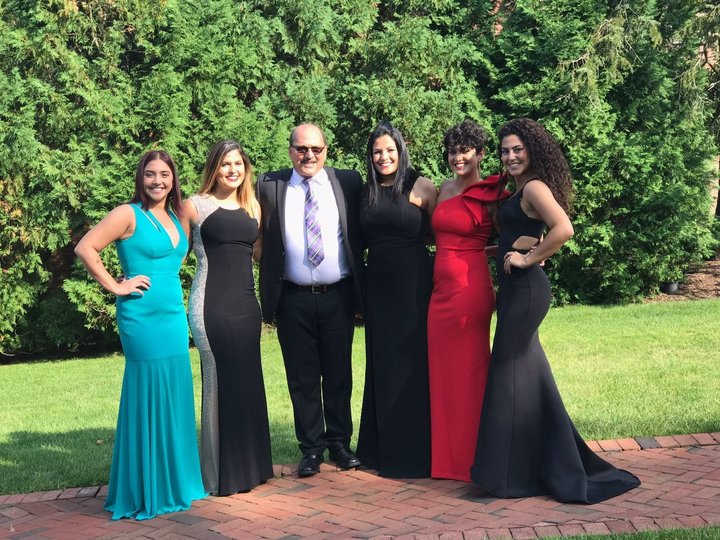 Last month, with a deportation order hanging over his head, Amer Othman Adi, 57, and his family were making preparations to leave their life in Youngstown, Ohio, willingly. But then the order was mysteriously postponed, and the family breathed a sigh of relief.

Earlier this week, Othman Adi, who is Palestinian, arrived for what he thought would be a routine check-in with Immigration and Customs Enforcement officials. Instead, ICE agents handcuffed him and brought him to the Geauga County Jail, saying his deportation was imminent.

His family members have not been able to visit him, and officials haven’t said why he was detained at this particular time.

But thanks to a House Judiciary Committee bill passed Thursday, the Department of Homeland Security will now review Othman Adi’s case. That means Othman Adi should be released from jail on Friday and given a six-month waiver to remain in the U.S.

Officials now plan to look at the reason he’s been facing a deport order for so many years ― a fraudulent marriage charge that he was never able to fight in court.

“Hopefully we can get Amer his day in court, we can get his case reviewed and looked at to make his case as to why he should stay here,” said Rep. Tim Ryan (D-Ohio), who introduced the bill and has been working on Othman Adi’s behalf for years.

His case highlights the heavy-handed and often arbitrary ways that President Donald Trump’s administration has gone about purging the country of undocumented immigrants. President Barack Obama had zeroed in on those with serious criminal records or who had been deported before. Now, it appears that anyone ― including those, like Adi Othman, who have no criminal history and have played by ICE’s rules for decades ― is fair game.

“Over the last decade, Mr. Othman’s immigration case has undergone exhaustive judicial review at multiple levels of the nation’s courts, including before the immigration courts, federal appeals courts and U.S. district court,” ICE told HuffPost in a statement. “In each review, the courts have uniformly held that Mr. Othman does not have a legal basis to remain in the U.S. As such, Mr. Othman will remain in ICE custody pending removal from the United States. For operational security reasons, the agency does not discuss specific removal arrangements prior to an individual’s successful repatriation.”

Othman Adi, who came to the U.S. from Jordan in 1979, received a green card during his first marriage. The couple divorced and authorities later revoked the green card, claiming the marriage had been fraudulent. His ex-wife has since released a 14-page affidavit confirming that the marriage was in fact legitimate.

Although Othman Adi has been remarried to Fidaa Musleh, a U.S. citizen, for 30 years, her attempts to get him a new green card have been unsuccessful. He’s been under an administrative deportation order since 2009, and he and Musleh have been fighting the erroneous removal of his green card for decades. Yet he’s never had the opportunity to appear in court to carry out the fight.

“[ICE] kind of neutralized him, paralyzed him by holding this fraudulent marriage charge over his head,” Haneen Adi, one of Othman Adi and Musleh’s four daughters, told HuffPost.

Meetings with ICE agents have been part and parcel of Othman Adi’s life for years, Adi added. She remembers him attending them throughout her childhood.

“Sometimes [once a year] he would have his ICE meeting and they would say, ‘Listen, you have 90 days or six months, get ready,’” Adi explained. “And then the lawyer would find some sort of appeal to buy us time.”

Ryan has been working to keep Othman Adi in the country since 2012. He put forth a “private bill” in the House of Representatives in 2013 that allowed for a House Judiciary Committee member to ask ICE to place a stay on deportation until any pending issues in a case can be fully resolved.

The Trump administration did away with that, Haneen Adi said, which automatically placed her father on the deportation list. During another ICE meeting in September, agents told Othman Adi he had until Jan. 7 to prepare to leave the country. They placed an ankle bracelet on him, according to his attorney, David Leopold.

The family began preparing for the worst, Adi said, fully complying with the order. Othman Adi and Musleh sold their house and began handing over the reins to the convenience store he had run for decades to family members. They bought plane tickets for Amman, Jordan.

He was then told that his deportation would be postponed as officials reviewed his case. “It’s off, no deportation,” Leopold said of the call he received from ICE. The agency said it was taking another look at his case and asked Othman Adi to come in for a check-in on Jan. 16.

The check-in ended up being an ambush of sorts. Leopold and Ryan, who both accompanied Othman Adi to the meeting this week, said ICE provided zero explanation for his arrest.

“The answer was just this bureaucratic speak, ‘All I can say is ICE has made the determination that it will proceed with custody,’” Leopold said.

Othman Adi has gone on a hunger strike to protest his treatment. He asked to be released on the condition that he would leave the country immediately of his own accord, but ICE refused. ICE’s plan was to forcibly deport him, Leopold said.

He can now be reunited with his family, but depending on the DHS decision it could be temporary.

“Our whole existence as a family in the United States has always been predicated on the fact that we might have to pick up and leave, or that he would have to leave and we would eventually follow,” Adi said. “The ultimate goal is to get him to stick around the U.S., but at this point, I don’t know what that entails.”