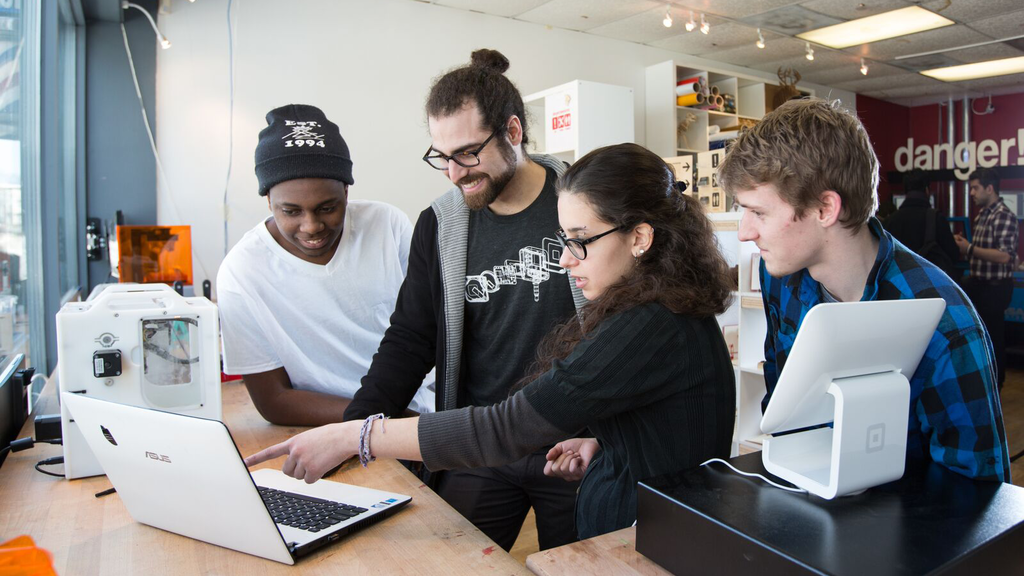 We know that in times of heightened stress, human instincts tell us to fight or flee. For some American Muslims, the current political climate has created a need for more Muslims to stand up and fight by seeking political office.

"Muslims didn't ask to be dragged into the spotlight, but now that we're there and we need to push back," said Robert McCaw, director of government affairs at the Council on American-Islamic Relations (CAIR). "Getting into elected offices is one of the best means."

McCaw pointed out that there are only two Muslims serving in Congress: Keith Ellison of Minnesota, who over the weekend was appointed deputy chair of the Democratic National Committee, and André Carson of Indiana. Local races, including ones in New Jersey and Austin, have seen an increase in mostly Democratic Muslim candidates running for office. And Sayu Bhojwani, the executive director of the New American Leaders Project (NALP), which helps politically-involved immigrants run for office, said her organization has seen more South Asian, Arab-American and Muslim people emerge from their trainings and run for office.

"When your civil rights are under attack," McCaw said, "grab hold of the constitution and assert yourself."

The need to make their presence known has been largely due to a rise in open aggression against Muslim-Americans. The latest FBI figures show a 67-percent increase in anti-Muslim hate crimes between 2014 and 2015 (184 to 257). That is the highest total of anti-Muslim hate crimes since the aftermath of 9/11, according to the Associated Press. This spike in Islamophobia over the past decade, along with recent anti-Muslim political rhetoric and policies, including an attempt to ban travel from seven majority-Muslim countries, has motivated a noticeable number of Muslims to step into the political ring.

"Since September 11, there's been an evolution of engagement with these communities," Bhojwani said. "Initially, there might've been a sense of, 'It's going to be difficult for me to overcome some of ... the public perceptions that I might experience as an American Muslim or Arab-American or South-Asian American.'" But now, she said, the generation of folks who grew up during the aftermath of the 9/11 attacks and subsequent increase in Islamophobia have started mobilizing. "I think there was a moment in recent years, where there was a sense of, 'This isn't going to change... but I can be part of that change as part of that dialogue.'"

Farrah Khan, a business owner who also heads an interfaith group in Irvine, Calif., was helping someone else run their city council race when she took a NALP training in 2015. Khan, who is Pakistani-American and Muslim, told NPR that prior to the training, she'd considered running for a city council seat, and had mentioned that possibility to her peers. Khan said she was told by her local Democratic party members that the timing wasn't right, and that she'd have to wait her turn to run.

At the NALP training, Khan recalled that she listened to another woman mention how her local party had also told her to wait her turn. Bhojwani said that many of NALP's participants who have wanted to run for local office have been told by party members to hold off on pursuing a local seat. That's why, Bhojwani said, "it's really important that we're affirming for people of all backgrounds that ... someone who has their immigration background, their religious status, our skin color, our names, can be in a leadership position."

After Khan completed her training, she went back to her local elected officials. "I said, 'Hey, you know what? Next year, I'm thinking of running,'" Khan recalled. Their response was a lot like the first time she tried to inquire about running for office and filing the paperwork to do so: "They were like, 'Oh! No, no. Maybe not right now. You know, we're still deciding what to do the next two years.' "

But this time, after the NALP training, Khan said she stood her ground: "I was like, 'No, no. I'm telling you. I'm running.' "

Khan announced she was entering Irvine's crowded city council race in 2015; there would ultimately be 15 other candidates competing for two slots. She quickly became a strong contender in the Democrat-leaning city, even garnering the much-coveted endorsement of young Democrats at the University of California, Irvine. The city of Irvine is known for its rapidly-growing, diverse — and more than 45 percent Asian — population, and has a median household income of more than $90,000. A little more than 25,000 people in Orange County identify as Muslim, according to a 2010 estimate from the Association of Statisticians of American Religious Studies.

Despite Irvine's racially diverse demographics, Khan said she saw the Islamophobic rhetoric from the presidential election reflected in her own race.

"You might not run on your immigration status, or that you're an American Muslim, but you can't run from it," Bhojwani said. According to a local liberal-leaning blog, a political action committee (PAC) sent out fliers that attacked her religious faith. Khan said that an opponent even made lawn signs that falsely accused her of being anti-Israel. She said party members, religious leaders and friends, reached out to her to express their shock at that sort of politicking.

"It was kind of like a self check for me, to see ... [that] what's happening at the national level can be used against you by your own party members because they think people will buy into it," Khan said. She eventually lost the election, coming in fourth place out of 16, with over 11 percent of the votes (more than 16,487). An Orange County Register reporter noted that Irvine's city council is now completely white in an increasingly diverse city. A New York Times article used the word "venom" to describe the conditions in Irvine's 2016 city council race, outlining a particularly contentious rivalry and slew of politicking between Khan and another Democratic city council frontrunner, Anila Ali, who is also a Pakistani-American and Muslim.

Across the country in Cambridge, Mass., Nadeem Mazen, who became Massachusetts' first elected Muslim official when he won a city council seat in 2013 by only six votes, has seen that political and Islamophobic "venom" seep to the local level, too. "If you're a visible Muslim ... you'll be a target 100 percent of the time," said Mazen. After winning his seat in 2015 by landing the most votes of any of the candidates seeking re-election, he started a nonprofit called JetPac, which helps Muslims get more involved politically.

Among other things, JetPac's training focuses on teaching potential candidates to lead canvassing and phone campaigns, to analyze local issues, and to respond to vitriol that targets their race or religion. Some of these skills Mazen learned on the job. Last year, a platform of the white nationalist movement commonly referred to as the "alt-right," incorrectly accused Mazen of being associated with Hamas and so-called "extremist operatives." He has received violent threats, including being told that "Christians are coming" for him.

"For 20 years I've seen people who are in the limelight get the same attacks or the same questions," Mazen said. "When someone isn't attacking you, they're asking 'Why aren't Muslims doing a better job controlling the narrative?' When someone is attacking you personally, they say, 'Why are you associated with this, that or the other thing that the American public has heard about, but doesn't like?'" Mazen teaches his JetPac trainees that "operating on the positive" is the most effective way a candidate can respond to such criticisms. For a candidate, that could mean "facing the hate speech head on, and then flipping the conversation back to the actual service to the community and back to the actual [elected] role in question," he said.

In Irvine, Calif., Farrah Khan also tries to operate on the positive. "I'm just as good as the people that are in office right now," she said. "I want people to see that there is another side to ... this whole Muslim narrative that's kind of being spun out of control right now." Khan plans to run for her town's city council a second time.