My name is Dr. Abdul El-Sayed. You may remember me from my 2018 run for Governor in Michigan.

I was honored to have earned the support of the Muslim Caucus. One of the reasons I was so grateful to earn the Muslim Caucus support is because we both understand that a human-centered approach to dignity, equality, and diversity is at the core of more equitable democracy. The Muslim Caucus advocates for dignity for all in an America where everyone thrives, not just 1%. That America should hold, at its core, racial justice, religious freedom, economic justice, access to affordable healthcare through Medicare for All, housing, just immigration policies, college for all, and environmental protection with the Green New Deal. 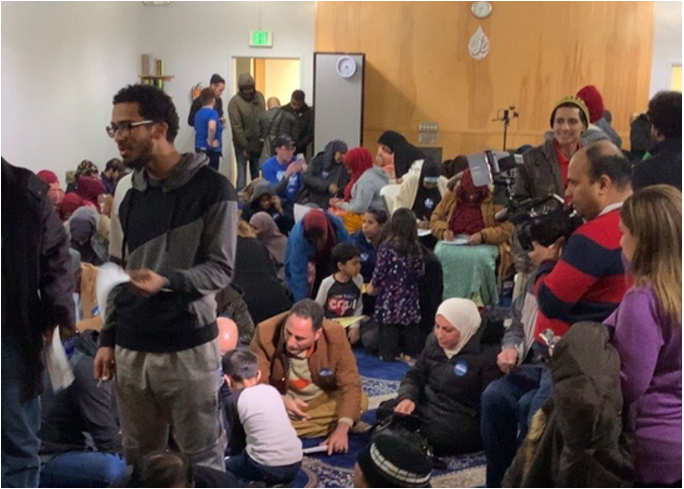 The Muslim Caucus has been hard at work engaging in the Democratic primaries. Last week in Iowa, grassroots engagement, education and efforts to turn out the huge Muslim vote was unique, a moment unlike any other in our history. Muslim voters were excited to cast their ballot—and 5 mosques were even designated as Caucus Sites!

And yet the forces against America we all hope to build are also advancing the newest expansion to the #MuslimBan implemented. Six more countries were added to this unconstitutional ban. This anti-Muslim rule bars more than 350 million individuals, mostly Muslim, from predominantly African nations from traveling to the United States. The Muslim Vote Matters. We need your support to continue mobilizing the Muslim Vote in 2020.

Here’s the deal: We cannot afford to wait by the sidelines, hoping and praying that the nation elects a President that represents our values and our communities.  We have to take matters into our own hands.

Muslim Caucus is setting up dozens of canvassing offices in the key battleground states across the country to Mobilize Muslims to Win. We are prioritizing the needs and interests of the multi-racial, multi-ethnic Muslim people of color who are America’s working families and the key to victories in battleground states up and down the ballot nationwide. We will be recruiting and training staff and volunteers NOW.

Can you chip in $20.20 for 2020 to support Organizing Muslims to Win and all our work? Contribute here.