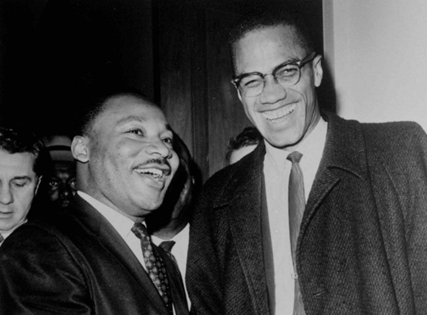 Although recent statistics by the Pew Center report indigenous American Muslims of African descent to be a minority within the total African American population, it is estimated that nearly 30 percent of the Africans enslaved in the Americas were Muslim. Historians have documented that African Muslims reached North America before the Europeans on the Mayflower, and certainly, Islam has been an integral part of the American religious tapestry since the first European settlers arrived in the Western hemisphere.

Many historians claim that the earliest free African Muslims in North America came from the Senegambia region of Africa in the early 14th century. They were Moors who were expelled from the Iberian Peninsula and eventually made their way to the Caribbean and possibly to the Gulf of Mexico.

The archives of The Museum of African American History and Culture at the Smithsonian Institution in Washington, DC are replete with factual reports of the role African Muslims have played in the founding of America, accompanying Portuguese and Spanish colonists’ expeditions as guides, advisors and financiers. The Muslims, the foremost expert geographers, navigators, and explorers of the time, created the maps that Columbus, and others used to navigate the “dark, turbulent” Atlantic, and had produced accurate, detailed maps of the land masses of the Western Hemisphere.

African Muslims with names recorded on militia muster rolls as Yusef Ben Ali, Salem Poor, Joseph Saba and others fought along with European colonists against British rule during the American Revolution.

The greatest influx of African Muslims was due to the horrific slave trade, when a great percentage of the Africans (10.7 million according to reliable research) forcibly taken from their homeland were Muslims, scattered throughout the Caribbean, North America, and as far as Europe.

The Smithsonian chronicles the incredibly strong faith, courage, and persistence (in Arabic, sabr) of the African Muslims under bondage in the Americas: “Despite significant obstacles, enslaved Muslims used their faith and bilingual literacy to build community, resist slavery, and pursue freedom. They left numerous written accounts of their experiences in the form of letters, diaries and autobiographies, mostly written in Arabic. They strategically used Arabic to communicate with one another and to undermine slavery. By means of letters, Bilali Muhammad and Salih Bilali were close friends; Omar ibn Sayyid and Lamine Kebe also wrote letters to one another, and Ayuba Suleiman sent a letter written in Arabic to his father in Africa. Many African Muslims succeeded in forming networks and communities, maintaining their religious identity despite overwhelming odds.”

From their earliest presence, Muslims of African descent in America were the targets of bigotry, scorn and violence. In efforts to survive the scathing anger and violence of the slavers, great numbers of African Americans transitioned their religious fervor and spirituality towards what was acceptable and learned the dogma of Christianity.

Following the Civil War and the Reconstruction era, a “great migration” of African Americans found hundreds of thousands migrate for the jobs in northeastern industrialized cities, which coincided with the immigration of millions from Europe, Asia, and the Middle East - among them Muslims.

Being dislocated from their roots and in efforts to counter the racism they experienced, numerous pseudo-religious groups spawned during the 1920’s and 30’s that attracted large numbers, among them the Moorish Science Temple, Marcus Garvey's UNIA, and The Nation of Islam, whose followers were referred to as ‘the black Muslims’. Mainstream history has misreported these pan-Africanist, nationalist groups as ‘Muslim’; however, at the most, several of them may have been only slightly Islam-leaning towards the premise that Islam is closer to the spiritual heritage Africans originally espoused. But the ideologies and ritual practices of these groups distanced them far from any semblance of the teachings of Islam in any sense whatsoever. Thus, the misnomer ‘black Muslim’ is a misrepresentation considered a derogatory label by African American Muslims who follow the requisite obligations of the Islamic way of life.

The twentieth and twenty-first centuries have born an auspicious wave of spiritual, social and economic growth and development for American Muslims of African descent, along with their fellow American Muslims of numerous ethnicities. The tragic events of war, terrorism and Islamophobia have necessitated the formation of an unbreakable bond of faith and spiritual kinship between all Muslims. Yet, as indigenous Americans, African American Muslims are rising strong, wielding unique support to the collective American Muslim community, inspired to lead in the achievement of peace, justice and fellowship for all humanity.