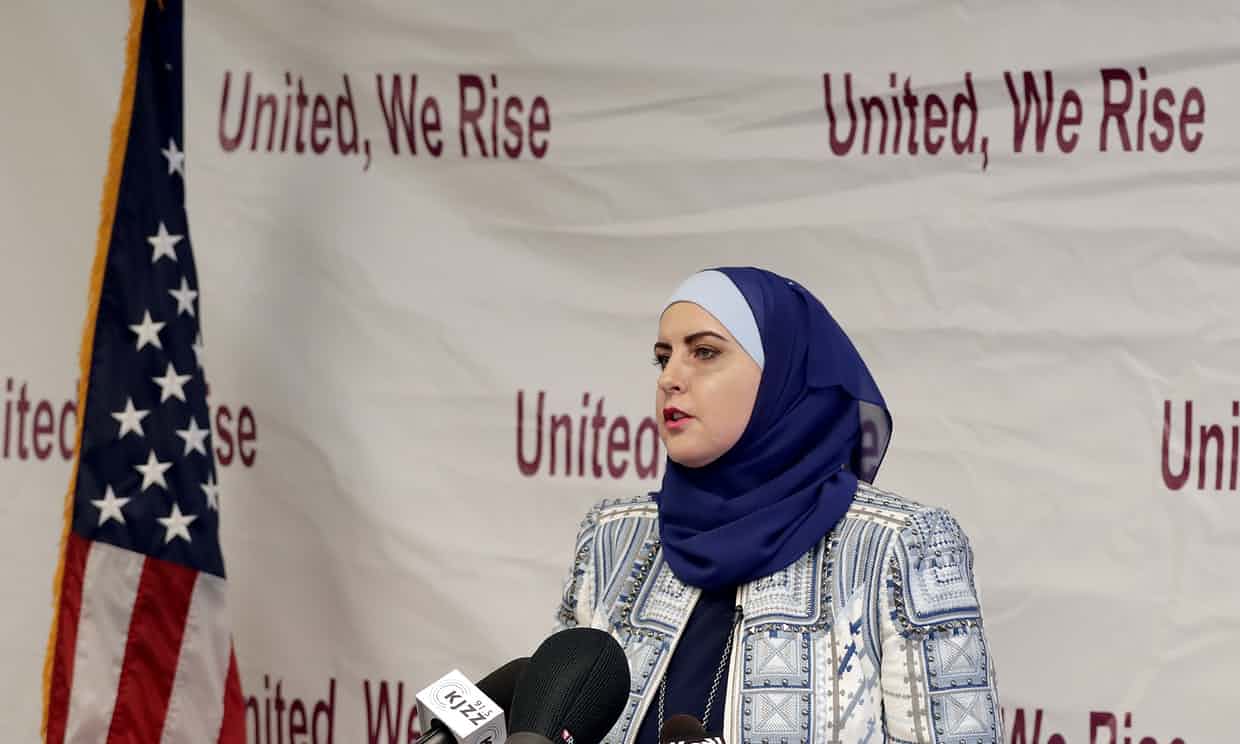 More Muslims must seek public office as Donald Trump “fans the flames of Islamophobia”, according to André Carson, who is one of just two Muslim members of the US Congress.

The congressman from Indiana spoke as Muslim communities across the US voice fears of a growing climate of Islamophobia under the US president.

Carson criticised Trump in an interview with the Guardian, adding that while there is “no easy answer”, misconceptions over the Islamic faith perpetuated by the administration should serve as motivation for more Muslims to engage in the political process.

“I think they’re concerned about [Trump] really encouraging the darker elements of our society to become more pronounced in their intolerance and their bigotry,” Carson, a Democrat, said of the feeling among the Muslim communities he represents.

“I think that’s disappointing, but I think there’s a silver lining,” he added, “and that silver lining suggests there’s an increase in interest in American political life.”

Carson made the comments as Guardian Films publishes a film examining community relations in Dearborn, Michigan, which is home to the biggest mosque in North America. The film features five citizens from different backgrounds, from Muslims to Christians, citizen militias and young university graduates, and explores how they see American identity, and grapple with questions of religion, race and class.

While there is not comprehensive data to provide a number of Muslims who currently hold elected office in local and state bodies around the US, religious discrimination and an increase in hate crimes has spurred more Muslims to explore politics, according to some groups that focus on representing Muslims in the government.

American Muslims in Michigan have gained significant success in running for elected office, and Abdul El-Sayed, the former Detroit health commissioner, recently announced a run for governor in 2018.

El-Sayed, who would become America’s first Muslim governor if elected, said: “The vote for the current president was not a vote of inspiration. It was a vote of fear and cynicism. We have to believe in the unifying idea of us – the people.”

In Arizona, Deedra Abboud, an attorney and community leader, recently announced a run for the US senate in the 2018 midterm elections. Abboud, a Democrat who was subjected to a torrent of online Islamophobic abuse after announcing her candidacy, echoed Carson’s call for more Muslims to run for office.

In a comment for the Guardian, Abboud wrote: “It is true that Muslims in America are facing a tidal wave of discrimination, flowing forth from the policies of the current administration and affecting every corner of American society. Clearly, it is more important than ever that we confront the insidiousness that is Islamophobia.

“But how? While Muslims pride themselves on being up to date on national politics, as well as being well versed in world events, when it comes to local politics Muslims are mostly absent. Many Muslims only vote in the presidential elections, if they vote at all.

“We’re all busy. We all have families and responsibilities that need our attention. But the time for sitting back and letting others take the lead and do the heavy lifting is over. We have to stop looking around for the perfect leader, and start standing up and being leaders.

“Because knowing what is going on, and even being upset about it, is not enough. We must engage. We must reach out and help others who are struggling, even when we are struggling too. We must form real relationships where we each know we can depend on each other in times of need.

“This means intersectionality. Supporting local causes outside of our Muslim communities. Propping up others being marginalized in today’s America. Because while Muslims are the flavor of the month, we aren’t the only flavor on the menu.

“We need to start volunteering, running for city councils, for school boards, for state assemblies. United, we rise above the hate. It may seem like Islamophobia is everywhere, but the solution is local. That’s where we need to focus.”

Abdul El-Sayed, Democratic candidate for Michigan governor and former health commissioner for Detroit
El-Sayed wrote: “I’m a son of Michigan. My father and mother immigrated to Michigan from Egypt. I was raised by my father and my stepmother, Jackie, a native of Gratiot County, Michigan. This is where I was born and where I was raised. I love Michigan. But we’ve fallen on hard times. Our politicians seem to have forgotten that government should be for people, by people. Instead, they’ve bent over backward to accommodate corporate greed.

“Government has to provide a very basic set of goods and services to people who need them, and it has failed to so. Part of that is because corporate politicians like our current president are too busy dividing us rather than uniting us around our common goals.

“Our campaign is about coming together around the idea that the 10 million strong Michiganders can solve our shared challenges because of our shared future. We can unlock our economy, fix our failing public schools, break our dependence on oil, save our Great Lakes and provide everyone with quality healthcare. The vote for the current president was not a vote of inspiration. It was a vote of fear and cynicism. We have to believe in the unifying idea of us – the people.

“I saw the worst of this ‘government by spreadsheet’ when I was the health commissioner of Detroit. I was rebuilding a health department in Detroit after the city shuttered its 185-year old health department when it was facing state takeover.

André Carson, US Representative for Indiana’s seventh congressional district
Carson said: “There’s a great drive for people to become more engaged politically, and we have a responsibility to maintain, preserve and improve our democracy.

“I serve with the directive and drive to be the best representative of the seventh congressional district of Indiana – putting Hoosiers first and thinking about Americans. As a Muslim, my role has been to inform, refute any perceptions or misconceptions about the religion, though I don’t purport to be a scholar. But I still think it comes with responsibility to motivate and encourage other Muslims to participate in the political process.

“I think [Muslims] are concerned about Trump fanning the flames of Islamophobia, the anti-immigrant sentiment, and really encouraging the darker elements of our society to become more pronounced in their intolerance and their bigotry. I think that’s disappointing, but I think there’s a silver lining, and that silver lining suggests there’s an increase in interest in American political life. There’s a great drive for people to become more engaged politically, and we have a responsibility to maintain, preserve and improve our democracy.

“One of the things that I do when I go across the country, I’ll ask how many Muslims are in this particular city or how many Muslims are in the entire state? And even though the Muslim community is not a monolith, there is a mutual interest, even though there are different schools of thought. Usually when there’s a sizable enough number … [I tell them] to focus on building a PAC or even supporting a non-Muslim candidate who is focused on standing up the rights of Muslims.

“The reality is Muslims have been in this country since the inception of this country. We have just as much a right to it as any other citizen in the United States. Embrace the fact that this country is ours and let’s engage in the political process. If you’re interested in running for political office, don’t just step out there, learn, do the research. Identify a campaign that shares your values, some part of it, go door to door, phone bank, help develop policy papers, find your niche and go for it.”